A forum to discuss Hetalia, learn about other cultures, share fanwork and overall enjoy yourself.

Where to go in London

Where to go in London

Getting around: When travelling in London you will almost certainly have to use the underground. For a trip of a few days it is usually worth buying a travellcard if you think you'll be taking more than on trip a day. For longer trips think about investing in an oyster card, as these are the cheapest way to travel in London. There are also London buses but be aware you will have to buy a ticket before getting on the bus.

The British Museum is pretty ecletic and has a range of exhibits mostly from former British colonies, including mummies and other anciewnt artefacts. Nearest tube is Tottenham Court Road, which is served by the central and northern lines (although the northern line is non-stopping till the end of November.

Near South Kensington (circle and district lines) tube is the Science Museum, the Natural History Museum and the Victoria and Albert Gallery. The Natural history museum in particular has a fascinating range of exhibits including precious metals and dinosaur remains. The V&A is an art gallery.

The British library near Kings Cross Station (northern, victoria, circle, hammersmith and city lines) has a selection of old manuscripts and artwork on display. You can also sit and work there in relative peace for a few hours or enjoy a coffee at the café.

All these places are free entry too, although expect to have your bag searched at the entrance.

The Indian YMCA near Warren street station does really authentic curries. There is a fairly limited selection but the food is really cheaply priced.

Sagar on Percy street (just off Tottenham Court Road) does southern Indian style cuisine. The food is entirely vegetarian, with a fair selection of vegan options.

Abeno on Museum street near the British museum specializes in Okonomiyaki, a Japanese omelette-like dish with a variety of filling and served with a delicious sauce. Their evening menu isn’t cheap and it can be advisable to pre-book a table. They do good set menus at lunchtime though and their green tea ice cream is to die for. Close by is Gosh comics, which has a good selection of translated manga.

The biggest shopping street is Oxford street, which has most of the big department stores. Tottenham Court Road specializes in electronics. Forbidden Planet on Shaftesbury Avenue is one of the best places to shop for translated manga/ anime memorabilia.

Places of Interest
Camden Town: Near the tube stop of the same name. Lots of places to shop for goth/alternative fashion. Be prepared to have to haggle, especially with some of the market stalls. There are even a couple of places selling gothic Lolita. There is a specialist anime stall here too that sells figurines, a Chinese traditional clothing shop and a number of places to buy boned corsetry.

Hampstead Heath: At little out of centre (near Hampstead tube and a short walk from Tufnell Park tube) but is an absolutely enormous park area. Can get busy on weekends in summer but has tons of places to walk. Do walk up to parliament hill to get a great view of the city.

Big Ben and the Houses of Parliament: On the bank of the River Thames, near Westminster (Jubilee line).

The London Eye: An enormous wheel that gives some of the best views of the city.

Universities: University college (near Euston- Victoria and Northern lines) and Imperial College (near South Kensington) both have some pretty impressive architecture.

The Japan Centre: Near Leicester Square tube (Northern line). Has a pretty decent restaurant, shops selling Japanese memorabilia, a Japanese supermarket and a bookstore selling original language manga in the basement. The Trocadera centre is also not far, which has a shop selling anime figurines.

Nearby Places
If you get bored of the big city London is well connected by train to the rest of the UK. There is also a regular bus that goes from Marble Arch, Baker Street and Victoria to Oxford, which is a highly recommended trip. 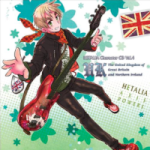